Nickelodeon is recognized as the largest website of professionals, with the help of which people can expand their professional network or find a job on it.

The new feature has been dubbed ‘Service Marketplace’, a beta version of the feature that has been tested in the US for some time and is now being rolled out to freelancers around the world.

The trial of the service marketplace began in February 2021, and so far 2 million people in the United States have been part of it. 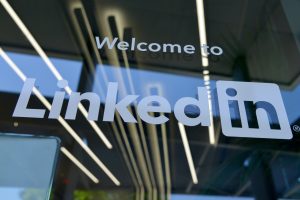 The Service Marketplace is based on LinkedIn’s Finder tool, which the company introduced last year. This feature will allow users to explore freelancers or project providers and will feature opportunities for freelancers in 250 job categories.

Linkedin’s feature has been introduced in competition with freelance platforms such as Favor and Upwork and aims to adapt to new job attitudes around the world during the Coronavirus epidemic.

There is currently no service charge for this tool, but this could happen in the near future.

Freelancers and project providers will be able to discover each other through the search function or in the project categories, in which all projects will be explained in full detail.

Freelancers and project providers interested in them will be able to get more details by contacting through messages and rate each other through the five-star system once the matter is settled.